The localities of Intezayane, Bakorat, Woursanat and several other hamlets and camps in the Tillia area of the Tahoua region of Niger were the target of an attack by terrorists that killed 137 people.  By systematically targeting civilian populations, terrorism is taking another step forward in its horror and barbarity.

Geographically, Niger is located in the center of the perimeter where terrorism is rampant, on the border of the two major hotbeds, northern Mali and the Lake Chad basin. In its southeastern part, close to Nigeria, Boko Haram and its dissident branch ISWAP are rife. In the west, near Mali, Niger is targeted by groups affiliated with the Islamic State and al-Qaeda. 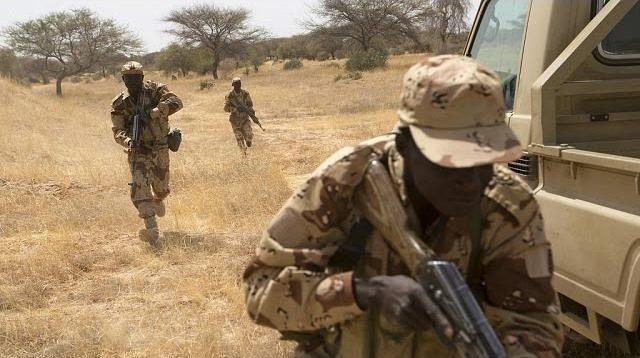 Niger’s new president Mohamed Bazoum, elected on February 21, 2021, in charge of the democratic transition, is therefore facing a great challenge at a pivotal moment in his country’s history.

Education, poverty and the economy will have to be relegated to the background in spite of himself, as he has committed himself to fighting insecurity as a priority.

Armed responses in the field

Some 12,000 Nigerien soldiers are fighting permanently in a dozen counter-jihadist operations in the southwest, close to Burkina Faso.

In concrete terms, the Nigerien army has deployed reinforcements in the Tillabéri region. But since it cannot put a soldier in every village, the first major challenge for the armed forces is to find original solutions.

Favoring mobile patrols by its soldiers in the affected areas, while many soldiers in Mali and Burkina Faso hardly leave their bases, is a promising start.

The Defense and Security Forces continue to conduct operations throughout Niger to disable terrorists and armed bandits. Their increased strength has enabled them to put an end to large-scale terrorist attacks, whose actions are now reduced to acts of sabotage of public and private infrastructure (see our article: Terrorism in Niger).

In the north of the country, specifically in the Agadez region, as part of the fight against transnational crime and terrorism, the elements of Defense Zone No. 8 in Dirkou have carried out a series of search and neutralization missions against armed gangs. They allowed to intercept 21 illegal gold diggers, to seize vehicles, Russian-made AK-47s with their accessories and a large quantity of ammunition.

In the west, in the region of Tillabéry, 17 terrorists were neutralized, 46 motorcycles, a vehicle and 2 logistical bunkers were destroyed by the soldiers engaged in Operation Niya.

Like its neighbors Mali and Burkina Faso, Niger is also very affected by the exactions of jihadist groups.

The support of their European and American allies and the African Union against the jihadists is necessary for the Nigerien president.

The European Union in its fight for security and stability is strengthening its action in Niger. The G5 Sahel joint force, since 2020, completes the foreign contribution to the fight against terrorism. Within it, a contingent of 1,200 soldiers of the Chadian army, reputed to be the most seasoned in the region, has been deployed in the tri-border area.

President Bazoum aims to return all those displaced by insecurity to their villages of origin while guaranteeing their safety. This is a real political will on his part that has been very successful. The governors of the different regions are contributing to this by creating a climate of trust between the different communities and the different components of the population.

The strategy of dialogue with the jihadists

Since France announced in mid-February 2022 that it was withdrawing its Barkhane and European Takuba forces from Mali, Niamey has been fearful of a new jihadist upsurge in the vast region known as the three borders.

More than a year after coming to power and while his country is called upon to play a central role in the fight against terrorism in the region, President Bazoum announced the release of several “terrorists” detained in Niger, including, for the first time in this country, members of Boko Haram, as part of “the search for peace.

A strong supporter of this line, he has also initiated discussions with elements of the Islamic State in the Great Sahara responsible for recurrent deadly attacks in the west of the country. It is a new approach, that of the “helping hand” policy, which is aimed at young Nigeriens enlisted in the ranks of terrorist groups. They are, in particular, the sons of pastoralists impoverished by recurrent droughts, the expansion of agricultural land and cattle raids by armed groups.

As a gesture of goodwill, the head of state released seven terrorists and received them at the presidential palace. He also sent emissaries to nine known terrorist leaders. These are local elected officials, influential traditional and religious leaders, and people close to the jihadists. In taking this approach, President Bazoum wanted to address the structural causes of the crisis and establish a genuine dialogue with the communities.

These credible mediators are in a position, if they wish, to recreate trust. It should be noted that many Nigerien jihadist fighters are former members of a Peuhl self-defense militia that was disbanded in October 2011 by the authorities. Once disarmed, these militiamen were abandoned by the state and then taken over by armed terrorist groups.

This is not the first time Niger has experimented with local solutions to armed groups. As early as 2016-2017, the authorities decided to reach out to repentant former Boko Haram fighters. This option led to the surrender of dozens of active fighters in southeastern Niger. By April 2021, more than 240 former members of the terrorist group, including women and children, had completed a deradicalization and vocational training program at a Repentant Centre in Goudoumaria after surrendering to the authorities.

However, the issue of dialogue is not unique to Niger; it is also an issue in neighboring Mali. In 2020, former President Ibrahim Boubacar Keïta asked for emissaries to be sent to two jihadist leaders. However, there is no question of abandoning the military response to the jihadists for good.

We use cookies on our website to give you the most relevant experience by remembering your preferences and repeat visits. By clicking “Accept All”, you consent to the use of ALL the cookies. However, you may visit "Cookie Settings" to provide a controlled consent.
Cookie SettingsAccept All
Manage consent

This website uses cookies to improve your experience while you navigate through the website. Out of these, the cookies that are categorized as necessary are stored on your browser as they are essential for the working of basic functionalities of the website. We also use third-party cookies that help us analyze and understand how you use this website. These cookies will be stored in your browser only with your consent. You also have the option to opt-out of these cookies. But opting out of some of these cookies may affect your browsing experience.
Necessary Always Enabled
Necessary cookies are absolutely essential for the website to function properly. These cookies ensure basic functionalities and security features of the website, anonymously.
Functional
Functional cookies help to perform certain functionalities like sharing the content of the website on social media platforms, collect feedbacks, and other third-party features.
Performance
Performance cookies are used to understand and analyze the key performance indexes of the website which helps in delivering a better user experience for the visitors.
Analytics
Analytical cookies are used to understand how visitors interact with the website. These cookies help provide information on metrics the number of visitors, bounce rate, traffic source, etc.
Advertisement
Advertisement cookies are used to provide visitors with relevant ads and marketing campaigns. These cookies track visitors across websites and collect information to provide customized ads.
Others
Other uncategorized cookies are those that are being analyzed and have not been classified into a category as yet.
SAVE & ACCEPT